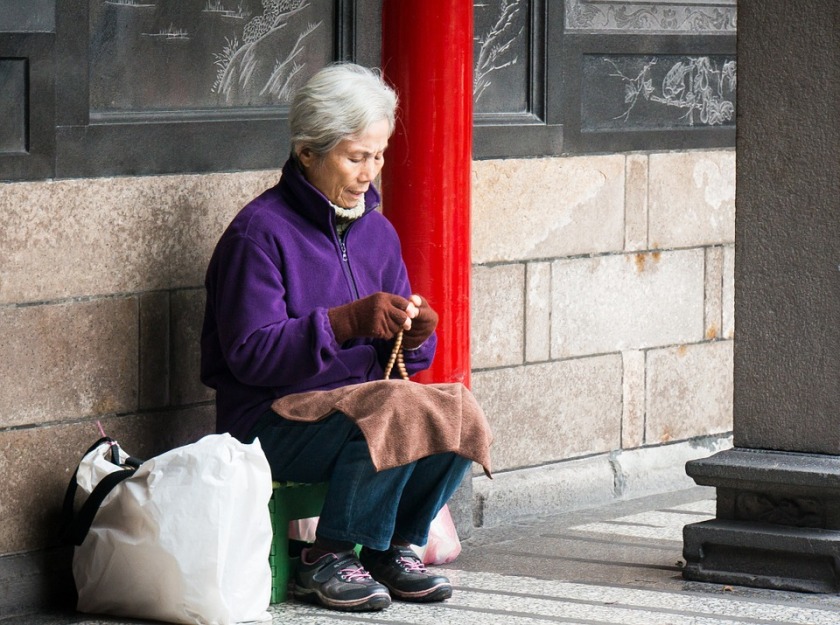 95 per cent of participants think they could develop dementia in their lifetime – a survey of 70,000 people across 155 countries reveals

2 in 3 people still think that dementia is a normal part of ageing
62 per cent of healthcare practitioners still think it is a normal part of ageing
Over 50% of healthcare practitioners agree that their own colleagues ignore people living with dementia and 33% of people thought that if they had dementia, they would not be listened to by health professionals
1 in 5 people attribute dementia to bad luck, almost 10 per cent to God’s will and 2 per cent to witchcraft
Every 3 seconds someone in the world develops dementia
London, Friday 20 September – Results from the world’s largest survey on attitudes to dementia reveals a startling lack of global knowledge around dementia, with two thirds of people still thinking the disease is a normal part of ageing rather than a neurodegenerative disorder.

Alzheimer’s Disease International (ADI), the international federation of 100 Alzheimer associations and federations around the world, ahead of World Alzheimer’s Day tomorrow (21 September) with the release of the World Alzheimer Report 2019: Attitudes to dementia. The report reveals the results of the largest attitudes to dementia survey ever undertaken, with responses from almost 70,000 people across 155 countries and territories. Analysis of the study was carried out by the London School of Economics and Political Science (LSE).

The report reveals that stigma around dementia is preventing people from seeking the information, advice, support and medical help that could dramatically improve their length and quality of life for what is one of the world’s fastest growing causes of death globally. The number of people living with dementia is forecast to more than triple, from over 50 million currently, to 152 million by 2050.

“Stigma is the single biggest barrier limiting people around the world from dramatically improving how they live with dementia,” says ADI’s Chief Executive Paola Barbarino. “The consequences of stigma are therefore incredibly important to understand. At the individual level, stigma can undermine life goals and reduce participation in meaningful life activities as well as lower levels of well-being and quality of life. At the societal level, structural stigma and discrimination can influence levels of funding allocated to care and support.”

The report reveals astonishing attitudes towards dementia. Survey respondents included people living with dementia, carers, healthcare practitioners and the general public. A major cause for concern from the report, is the number of people across the world who think that dementia is a natural part of the ageing process.

Forty-eight per cent of respondents believe a person with dementia’s memory will never improve, even with medical support, while one in four people think there is nothing we can do to prevent dementia. These are major barriers to people accessing help, advice and support.

The report reveals that dementia stigma is similar to stigma often associated with mental health, focussed on age and is accentuated by a lack of available medical treatments. In reality, many forms of support exist around the world. Talking and planning can help people to live well with dementia for as long as possible.

“Currently, there is very little information about how stigma manifests in relation to people with dementia and how this may vary around the world,” Barbarino continues. “This detailed survey and report now give us a baseline of information for dementia-related stigma at a global, regional and national level. We’re hopeful these findings can kick start positive reform and change globally.”

The report finds that over 50% of healthcare practitioners agree that their own colleagues ignore people living with dementia and 33% of people thought that if they had dementia, they would not be listened to by health professionals.

Interestingly, 95 per cent of participants think they could develop dementia in their lifetime and over two thirds of people (69.3 per cent) would take a genetic profiling test to learn whether they are at risk of dementia (even though there is currently no disease-modifying treatment). However, two thirds of people still think dementia is a natural part of ageing. The fear of developing dementia is high globally, but the true understanding of the disease is low. This is worrying, as Alzheimer’s disease and other dementias are the 5th leading cause of death globally.

Sara Evans-Lacko, Associate Professorial Research Fellow at the Care Policy and Evaluation Centre, LSE, said: “Whereas most stigma studies look at public knowledge and or attitudes, this is the first study to look at the behavioural element – the data collected highlight actual experiences of people. For LSE it has been enriching to be part of the first attempt to create a baseline on dementia attitudes. We are delighted to have been able to bring our rigour and analytical expertise to the table and are conscious of the tremendous importance of this exercise at a global level.”

ADI launched its global campaign ‘Let’s Talk About Dementia’, on 1 September 2019 to mark the beginning of the month of awareness. The campaign is based on the understanding that talking about dementia helps tackle the stigma, normalises language and encourages people to find out more, seek help, advice and support.

Dementia blogger and journalist Pippa Kelly says it is vitally important that as a society we have more conversations about dementia to create better understanding. “Stigma stems from fear. Fear breeds silence, which in turn perpetuates ignorance and misunderstanding,” Kelly says.

Every 3 seconds someone in the world develops dementia but most people with dementia do not receive a diagnosis or support. The annual cost of dementia is over US$ 1 trillion – a figure set to double by 2030. Deaths due to dementias more than doubled between 2000 and 2016, making it the 5th leading cause of global deaths in 2016 compared to 14th in 2000.

The “Let’s Talk About Dementia” campaign simply aims to stimulate a conversation about dementia, the warning signs, risk reduction, who to speak to and where to go for advice. Lack of knowledge about dementia leads to inaccurate assumptions about its effects on the person and their family, as well as negative stereotypes about how a person with dementia will behave, Barbarino says. “Evidence suggests that when people living with dementia and their families are well prepared and supported, initial feelings of shock, anger and grief are balanced by a sense of reassurance and empowerment, so the campaign’s focus is on increasing conversations around dementia globally.”

The full World Alzheimer’s Report 2019: Attitudes to dementia, is available to read here.

ADI is the international federation of 100 Alzheimer associations and federations around the world, in official relations with the World Health Organization. ADI’s vision is prevention, care and inclusion today, and cure tomorrow. ADI believes that the key to winning the fight against dementia lies in a unique combination of global solutions and local knowledge. ADI works locally, by empowering Alzheimer associations to promote and offer care and support for persons with dementia and their care partners, while working globally to focus attention on dementia and campaign for policy change. For more information, please visit http://www.alz.co.uk.