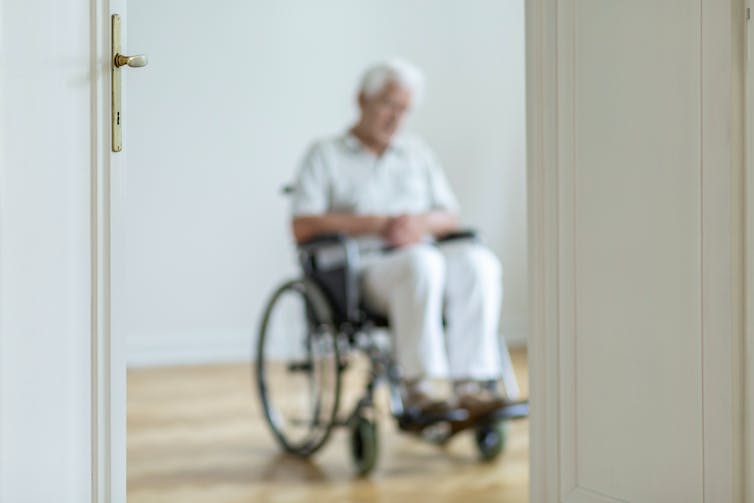 Last month the aged care minister Ken Wyatt announced he would introduce regulations to address the use of “chemical restraint” in residential aged care – a practice where residents are given psychotropic drugs which affect their mental state in order to “control” their behaviour.

Wyatt followed this announcement this month with a A$4.2 million funding pledge to better monitor care in nursing homes through mandatory “quality indicators”, and including one covering medication management.

Of course, you would be hard pressed to find a staff member admitting to controlling a resident by giving them a tablet. Instead, most staff would stress that medication was given to calm or comfort them.


But our research shows psychotropic use is rife in Australia’s aged care system.

Reforms are desperately needed, but we need to develop the right approach and learn from countries that have tried to regulate this area – most notably the United States and Canada.

What’s the problem with antipsychotic drugs?

Antipsychotic drugs such as risperidone and quetiapine are often used to manage behavioural symptoms of dementia.

But large reviews conclude they don’t work very well. They decrease agitated behaviour in only one in five people with dementia. And there is no evidence they work for other symptoms such as calling out and wandering.

Due to their limited effect – and side effects, including death, stroke and pneumonia – guidelines stress that antipsychotics should only be given to people with dementia when there is severe agitation or aggression associated with a risk of harm, delusions, hallucinations, or pre-existing mental illness.

The guidelines also state antipsychotics should only be given when non-drug strategies such as personalised activities have failed, at the lowest effective dose, and for the shortest period required.


The high rates of antipsychotic use in Australian aged care homes indicates the guidelines aren’t being followed.

In our study of more than 12,000 residents across 150 homes, we found 22% were taking antipsychotics every day. More than one in ten were were charted for these drugs on an “as required” basis.

We also found large variations in use between nursing homes, ranging from 7% to 44% of residents. How can some homes operate with such low rates, whereas others have almost half their residents taking antipsychotic medications?

Of all countries, the US has made the most effort to address high rates of antipsychotic use.

After reports in the 1980s highlighting poor nursing home care, Congress passed the Omnibus Budget Reconciliation Act which sets national minimum standards of care, guidelines to assist homes to follow the law, and surveyors to enforce it.

For residents with dementia and behavioural symptoms, the regulations require documentation of the behaviour, a trial of non-drug strategies such as activity programs, and dose reductions after six months.

Homes that don’t meet these regulations are subject to a series of sanctions, ranging from financial penalties to closure.

The regulations were initially associated with substantial declines in antipsychotic use. By 1995 only 16% of residents were taking them.

But average rates of use rose to 26% by 2010. And in 2011, a Senate hearing found 83% of claims for antipsychotics in nursing homes were prescribed for unlicensed use.

This led advocates to conclude the regulations and surveyor guidance were ineffective.

Another way to reduce antipsychotic use in aged care homes is by mandatory quality indicators, along with public reporting. The US introduced this in 2012. A similar system was instituted in Ontario, Canada, in 2015.

Measures are essential for quality improvement. But they can also lead to unintended consequences and cheating.

In the US, antipsychotic rates for people with dementia has allegedly reduced by 27% since the start of their quality indicator program.

But those diagnosed with schizophrenia were exempt from reporting. Then the percentage of residents listed as having schizophrenia doubled from 5% to nearly 10% of residents within the first few years of the initiative. So 20% of the reduction was probably due to intentional mis-diagnosis rather than an actual decrease in antipsychotic use.

Read more:
What is ‘quality’ in aged care? Here’s what studies (and our readers) say


A recent US study has also shown that the use of alternative sedating medications not subject to reporting, specifically anti-epileptic drugs, has risen substantially as antipsychotic use declined, indicating widespread substitution.

In Ontario, the use of trazadone, a sedating antidepressant, has also markedly increased since its antipsychotic reporting program began.

In the US, nursing homes self-report indicators. A recent study compared nursing home data with actual prescribing claims, concluding that homes under-reported their antipsychotic prescribing, on average, by 1 percentage point.

Awareness of a problem is the first step to addressing it, and chemical restraint is a key issue coming to light in the aged care royal commission.

The proposed regulations and new quality indicator will allow homes and regulators to monitor the use of chemical restraint, but more importantly, should be used to assess the impact of training and other strategies to ensure appropriate use of psychotropic medications.

But to meet their full potential, these programs need to be carefully designed and evaluated to ensure that cheating, under-reporting and substitution does not occur like it did in North America.