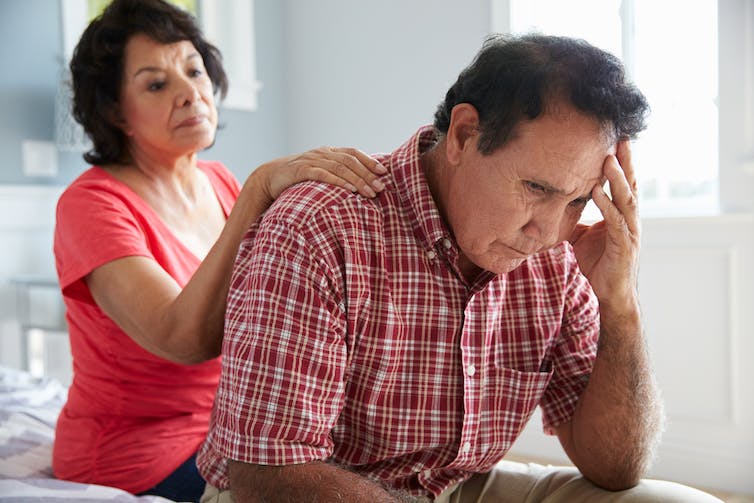 The Alzheimer’s Society recently issued a call for people with symptoms such as memory loss and confusion to seek early medical help. The British charity is worried that people may be putting off getting a dementia diagnosis and not receiving the health care and support they need. As the Alzheimer’s Society’s recent blog post put it: “A lack of diagnosis is denying many people with dementia the chance of getting the best possible treatment, information and support – evidence shows the earlier on you receive these, the better your chance of living well for longer.” But is early diagnosis always a good thing?

Early diagnosis has also been a key policy aim for government. We can see this in the National Dementia Strategy, and David Cameron’s Challenge on Dementia. A few years ago, the NHS even trialled a scheme to pay GPs £55 for each dementia diagnosis made. This move was widely condemned by doctors’ groups and quietly dropped after six months. In any event, the push for earlier diagnosis continues. So what exactly are the benefits of earlier diagnosis? And who are the beneficiaries?

There are no known treatments to prevent or reverse dementia, although drugs called memantine and acetylcholinesterase inhibitors can help to relieve symptoms .

In the course of my recent fieldwork, however, I met some people with memory loss who invested hope in these treatments beyond what was possible. They believed that getting onto anticholinesterase inhibitors as soon as possible could delay further decline.

One of the most difficult experiences in my recent research was meeting a woman who felt she had been denied treatment by the doctors, and asked me and my colleague if we were able to prescribe them for her. We had to explain that we were not clinically qualified, and in any case, the drugs would not prevent the progression of dementia. But false hope can translate into big profits for drugs companies.

The anticholinesterase inhibitor market had an estimated value of US$4.2 billion globally in 2011, with this figure set to increase over coming years as people live longer. One recent market analysis identified early diagnosis as “a challenge [that] will affect the growth of the market over the 2013-2023 forecast period”.

Thankfully, drug treatment is not the only option for people with dementia. Anyone with suspected dementia can access a memory clinic on the NHS to seek practical support for their needs. Memory clinics typically include a range of health professionals – including occupational therapists, psychologists, specialist nurses and psychiatrists. These multidisciplinary teams can help with emotional and occupational support. They can also offer advice on adapting homes – for instance, by providing memory aids, grab rails for bathing and toileting, and extra lighting.

However, the current evidence relies on a number of small trials of often quite different activities, going back to 1979. Nevertheless, in the absence of effective drug treatments, cognitive stimulation is important for many people with dementia, and continues to attract research and practice interest.

Finally, we shouldn’t underestimate the psychological importance of receiving a diagnosis. Overall, the evidence shows a mixed picture. On the one hand, people are glad to understand the cause of their symptoms, to be able to plan for the future, and access resources such as dementia support groups. However, people often worry about the stigma of dementia, and some want to avoid the emotional impact of the diagnosis.

Over the last couple of years, I’ve been involved in a project looking at people’s experiences of mild cognitive impairment. This syndrome is defined as a “boundary state” between cognitive ageing (a normal process) and dementia.

If the Alzheimer’s Society’s suggestion that dementia is being under-diagnosed holds, then people with mild cognitive impairment are an anomaly. They have sought medical advice for possible dementia symptoms which are not severe enough for a diagnosis. Might it be that more people are already seeking help earlier, as the Alzheimer’s Society hopes? It seems plausible.

After the National Dementia Strategy was launched, there was a 12% increase in dementia diagnosis rates in the UK between 2009 and 2011, and recent studies show a continued upward trend.

So, who benefits from early diagnosis? As suggested above, a number of commercial and charitable organisations stand to gain substantially. There are also some benefits that may accrue to people with dementia from an early diagnosis in terms of symptom control and cognitive stimulation. Though any potential gains are small, these can still be meaningful to the person.

The other side of this, however, is the risk of over-diagnosis and increased public health anxiety associated with such “public awareness” campaigns. For example, our recent review of mild cognitive impairment research suggests people with this diagnosis live with significant uncertainty about the cause of their problems.

These patients often continue to worry about possible dementia, and the infrastructure for supporting them is patchy at best. The ethics of diagnosing people who may have no underlying illness has also been questioned. So yes, we should be helping people with dementia to get the support they need as soon as possible. But this shouldn’t come at the cost of over-diagnosing and over-medicating people.