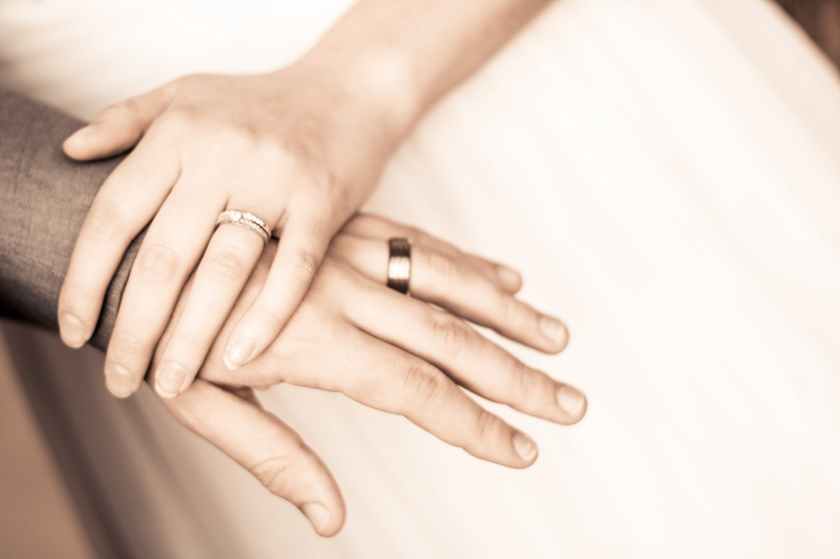 Reach for the hand of a loved one in pain and not only will your breathing and heart rate synchronize with theirs, your brain wave patterns will couple up too, according to a new study.

The study, by researchers with CU Boulder and University of Haifa and published in the journal Proceedings of the National Academy of Sciences (PNAS) this week, also found that the more empathy a comforting partner feels for a partner in pain, the more their brainwaves fall into sync. And the more those brain waves sync, the more the pain goes away.

“We have developed a lot of ways to communicate in the modern world and we have fewer physical interactions,” said lead author Pavel Goldstein, a postdoctoral pain researcher in the Cognitive and Affective Neuroscience Lab at CU Boulder. “This paper illustrates the power and importance of human touch.”

The study is the latest in a growing body of research exploring a phenomenon known as “interpersonal synchronization,” in which people physiologically mirror the people they are with. It is the first to look at brain wave synchronization in the context of pain, and offers new insight into the role brain-to-brain coupling may play in touch-induced analgesia, or healing touch.

Goldstein came up with the experiment after, during the delivery of his daughter, he discovered that when he held his wife’s hand, it eased her pain.

“I wanted to test it out in the lab: Can one really decrease pain with touch, and if so, how?”

He and his colleagues at University of Haifa recruited 22 heterosexual couples, age 23 to 32 who had been together for at least one year and put them through several two-minute scenarios as electroencephalography (EEG) caps measured their brainwave activity. The scenarios included sitting together not touching; sitting together holding hands; and sitting in separate rooms. Then they repeated the scenarios as the woman was subjected to mild heat pain on her arm.

Merely being in each other’s presence, with or without touch, was associated with some brain wave synchronicity in the alpha mu band, a wavelength associated with focused attention. If they held hands while she was in pain, the coupling increased the most.

Researchers also found that when she was in pain and he couldn’t touch her, the coupling of their brain waves diminished. This matched the findings from a previously published paper from the same experiment which found that heart rate and respiratory synchronization disappeared when the male study participant couldn’t hold her hand to ease her pain.

“It appears that pain totally interrupts this interpersonal synchronization between couples and touch brings it back,” says Goldstein.

Subsequent tests of the male partner’s level of empathy revealed that the more empathetic he was to her pain the more their brain activity synced. The more synchronized their brains, the more her pain subsided.

How exactly could coupling of brain activity with an empathetic partner kill pain? More studies are needed to find out, stressed Goldstein. But he and his co-authors offer a few possible explanations. Empathetic touch can make a person feel understood, which in turn – according to previous studies – could activate pain-killing reward mechanisms in the brain.

“Interpersonal touch may blur the borders between self and other,” the researchers wrote.

The study did not explore whether the same effect would occur with same-sex couples, or what happens in other kinds of relationships. The takeaway for now, Pavel said: Don’t underestimate the power of a hand-hold.

“You may express empathy for a partner’s pain, but without touch it may not be fully communicated,” he said.

Irit Weissman-Fogel, of University of Haifa, and Guillaume Dumas and Simone Shamay-Tsoory, of Florida Atlantic University, contributed to this study. It was supported with a grant from the Binational Science Foundation.

Hi, I'm Jo, ​and I'm a Ph.D. Candidate, I'm working on a project on dementia enabling design. I am very passionate about working towards improving the care of people with dementia, and I hope my work will make a difference. I also love cooking, reading, writing, noms and hugs! I also tweet, blog and run a free e-newspaper in dementia care for the Asian community www.dementiacareasia.com View All Posts