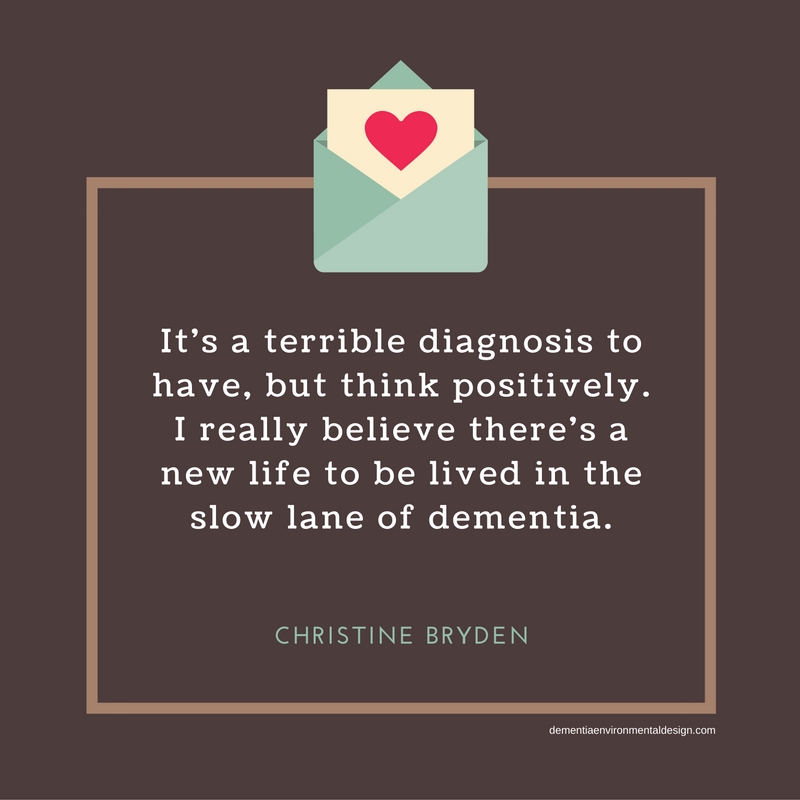 However, with the media continuously labelling people with dementia as “sufferers” and movies portraying people with dementia as people with high care needs, staring into space or being highly disabled, it’s no wonder people have such negative stereotypes. In a cab ride last week, a cab driver pointed out that there’s not much point designing services for people with dementia since there will be a cure or a vaccine out in 5 to 10 years; he had seen the headline in the papers. I listed out the evidence on vaccine development and talked about the damaging impacts of the media and highly misleading headlines that are taking away the focus of providing care to people who are now living with dementia in the public eye. Again, who could blame him, he’s seen it in the papers. I left the cab feeling frustrated.

Media gurus with little understanding of dementia undermine the objective and essence of research, turning publications into another holy grail headline but it is their job to create publicity for the institution or organisation, and most of the time the rehashed facts are close but no cigar. Do these media personnel understand the devastating effect this has on people with dementia and their families, to be constantly thrown a lifeline every day that says a cure has been established only to find out it’s another sensational headline in the making.

Coming back to the person with dementia? Can the media change the way dementia is portrayed? An associate shared a good example of enablement. He talked about how he has a visual impairment and in the past without the aid of glasses, he would be severely disabled, however ,with glasses, he is enabled and can function just like everyone else. People with glasses are accepted just like everyone else. So how can we change the way the public think, accept and include people with cognitive impairment, in the same way as visual impairment? You don’t see a headline every day screaming that my vision can be cured or there’s a vaccine developed for my short-sightedness, could this be attributed to the knowledge base of media personnel having an understanding of visual impairment.

I’ve attached a 6 min trailer of the Last Laugh; here Kate Swaffer shares her experience of living with dementia and her experience after receiving a diagnosis of dementia. She’s an amazing woman, championing the rights of people with dementia, working on her Ph.D., is the inaugural Chair of the Alzheimer’s Australia Dementia Advisory Committee, author of “what the hell happened to my brain” and a founding member of the dementia alliance international.

Below is a video featuring the amazing Christine Bryden who has been living with dementia for 20 years and has been advocating for better quality of care and life for people with dementia. She was diagnosed with dementia in 1995 and when she was diagnosed with Alzheimer’s Disease at 46, doctors had prescribed that she stop working and prepare herself for the inevitable. 20 years now, Christine is an author of 2 books, lectures international, is a well-known dementia advocate in Japan, completed her post-graduate studies and is into her 15th year of marriage.

These active champions who have never given up, are true heroes in the face of dementia, and their hard work to make a change while living with dementia is truly admirable. However, looking back at my home encounters in the  last couple of weeks, it was a stark reminder that we still have a lot of work to do in the space of creating awareness about dementia in Asia, because what we think a person with dementia should look like, is not reflective of reality at all.