For people living in Australia’s residential aged-care facilities, these needs are often not met.

Most residents do not feel they are loved or belong in the facility. Like aged-care resident Neda Borenstein, whose secret camera footage broadcast on ABC’s Four Corners showed her singing the Australian national anthem in bed while she waited more than three hours to be changed. “I’m just a number,” Neda told her carer when she finally returned to help her up.

Less than one-third of residents we interviewed said they were friends with another resident. This means most don’t have the social support associated with friendships. Most residents said they felt socially isolated, which is associated with poor well-being.

A 2016 study of residents’ lived experiences in an aged-care facility found many felt they had little dignity, autonomy or control. Outside of meal and structured activity times, people with dementia spend most of their time stationary, alone and doing very little or nothing.

One study looking at interactions between residents and their carers showed residents were alone 40% of the time they were observed. When staff were present, they mostly did not engage verbally, emotionally or physically with the resident.

Aged-care facilities can also feel psychologically unsafe to residents.
Residents with dementia may be locked in secure units or physically restrained, using mechanisms such as bedrails or restraining belts.

Residents sometimes don’t get along. They might argue yell, swear, pinch, hit or push each other. We don’t have good data about how often resident-to-resident verbal and physical aggression happens, but it can result in injury and even death.

Read more:
Violence between residents in nursing homes can lead to death and demands our attention


The consequences of unmet needs?

Residents can react negatively when their needs are not met. They become bored, sad, stressed, cranky, anxious, depressed, agitated, angry and violent.

In many facilities, staff “manage” such reactions with the use of sedating antipsychotic medications. But clinical guidelines recommend looking at the reasons people may be reacting that way and addressing those before medication.

Read more:
Too many Australians living in nursing homes take their own lives

We might not be spending enough on aged care to enable providers to meet fundamental human needs. Australia spends about 1% of its GDP on long-term care – less than the OECD average of 1.5%.

Private investment in aged care is growing, as have residential aged care profits, but it’s a difficult industry in which to make money. Insufficient funding translates to insufficient staff and less skilled staff. Our funding system rewards dependency, and there are no funding incentives for providers to improve the psychological well-being of residents, or go beyond that to help them flourish.

People looking for a nursing home don’t have any independently provided information by which to compare quality or performance.

The National Quality Indicator Program – a program for measuring care in residential aged-care facilities that began in 2016 – was meant to provide information for people trying to compare facilities on clinical indicators of care quality.

But participation in the program is voluntary for providers. Neither quality of life nor emotional well-being indicators are included in the suite of quality indicators (even though one has been trialled and found to be suitable). We also don’t know if or when the data might be published.

We need a fundamental shift in community, government, service provider, staff and regulatory expectations of what residential aged care does. Our model of aged care is mainly about clinical care, while neglecting emotional care.

For instance, friendships are a unique social interaction that facilitate healthy ageing, but many residents told us that the social opportunities in their nursing home did not align with their expectations of friendship.


We need our model of care to be a model of a home. In a home everyone contributes, has a say in what happens in the home (such as the menu, interior design, routine and functions), is able to invite their friends to their home for a meal, and can leave during the day and come back at night. A home is a safe place, where people are loved and nurtured, and where they can be active and fulfilled. 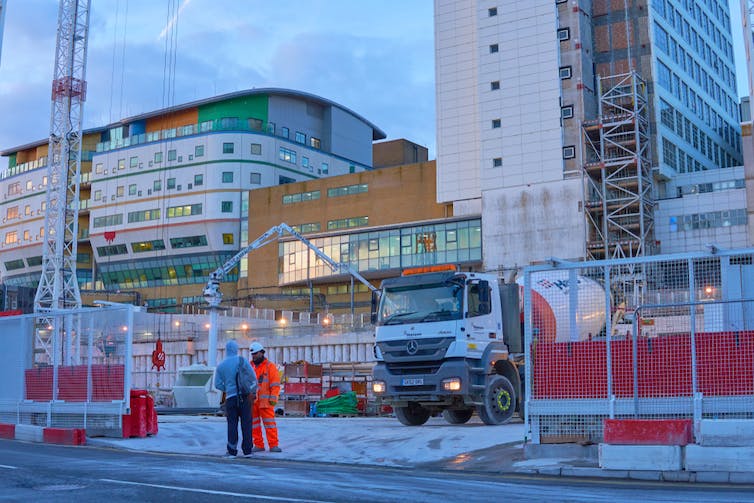 Many of us pay close attention to how our taxes are spent, and how well governments invest in infrastructure projects such as roads, schools and hospitals. Value for money is key. Yet horror stories of waste, lateness and poor quality are common.

To develop and finance public services and infrastructure, governments around the world (but especially in Europe) have become increasingly keen on private sector involvement. These cross-sector collaborations can help provide value for money for taxpayers – but they are also at risk of wasting it.

In health care, collaborations between public and private partners have a direct impact on society. This is why it is important for health care professionals like doctors and nurses to talk directly to the designers and builders of a new hospital. It ensures that these projects not only deliver economic value for the private companies building the hospital – but also social value for the doctors, nurses and patients who will use the hospital for decades to come.

For instance, in one recently built British hospital, medical staff were able to bring valuable insight to the design process. A visit by some of the hospital’s senior nurses to a children’s hospital in the US led to the replication of a lighting design on the ceiling of a children’s ward so that it mimicked a starry night sky. As one of the nurses explained to me afterwards:

It might sound like a small change, but it provides a much more homely surrounding than the normal NHS lighting. This is important for our young patients [providing a] less scary, hospital experience which positively impacts on the healing process. […] It creates a much nicer environment in which our little patients can recover.

In another hospital, input from senior nurses helped to establish a ward design that most suited their professional needs – right down to the placement of plumbing. This saved large amounts of money that might have been spent on undoing unnecessary building work had the nurses not been consulted.

As one project manager of the construction company told me: “Thanks to [the senior nurses’] input and telling us how they intend to use wards, we changed the ward layout, such as the position of sinks. This may seem to be a minor issue, but may have a huge impact when caring for a patient.”

To see how social value can be best achieved through cross-sector collaborations we looked into the key building blocks that go beyond a mere focus on contracts.

An organisations’ prior experience of cross sector collaboration and a supportive climate is vital in creating social value. It also helps to have had some exposure to previous projects (good and bad). But a major ingredient is the individual employees in both public and private sector organisations.

Building mutual knowledge and aligning goals between doctors, nurses and design and construction professionals is key, as public and private sector employees often have different objectives for projects (making a profit vs healing patients). A shared understanding can come through listening to and appreciating the other parties’ professional language and the expertise that language expresses.

Beyond an understanding of the other parties’ expertise, practical matters of shared goals and jointly developed timelines are necessary. Coordinating efforts between the two sectors needs to take priority at the outset – rather than emphasising project speed and completion.

To encourage these positive outcomes, the key people need to meet frequently to exchange information, address problems and discuss plans. Without this kind of coordination and collaboration, it will be impossible to make the most of both sides’ specialist knowledge.

So when it comes to hospitals and clinics, the private company needs to actively seek the involvement of doctors and nurses in the design and construction phases. Similarly, doctors and nurses should not be threatened by private companies, but instead seek to become actively engaged. This will help drive creative design innovations such as the “night sky” ceiling in the children’s ward.

It takes time and resources, but this kind of collaboration and coordination between public and private sectors provides an opportunity to increase value – both economic and social. And that’s something that not only benefits construction companies and health care professionals – but patients and taxpayers, too.

A really practical and simple article with tips from the Family Caregiver Alliance for staff and caregivers working with people with dementia. The article provides advice on communication and understanding changes in behaviours. With additional information on supporting a person with dementia to manage nutrition, hygiene, and incontinence.

I found the top 10 tips for communication very helpful and made a little facebook post sized image to help share these very practical caregiver tips with friends and colleagues. You can also print it out and pin it on the pinboards at the nurses station.

These tips are just straightforward and realistic, and transcend the boundaries of culture and language.  I made some changes and replaced the word dementia with cognitive impairment because I thought the nurses on the neuro wards, or even care managers working with people with traumatic brain injuries may also find these tips very handy.

Saw this article below this morning and I thought it’s a very important article to highlight the dangers of over-prescribing psychotropic medication for people with dementia. Some of the risk factors include:

It was recommended in the article that non-pharmaceutical options should be the first intervention before the introduction of drugs. It was also recommended that the low doses of the drugs should be prescribed in the initial stages of treatment for BPSD.

As a massive wave of Japanese enter their twilight years, an expert is calling for prudent use of psychotropic drugs to treat dementia patients, some of whom have suffered ill health due to over-prescription.

The Health, Labor and Welfare Ministry released guidelines on how to prescribe such drugs for dementia patients in 2013 to avoid casual prescription by doctors. The Japanese Society of Psychiatry and Neurology is also training doctors on the appropriate application of the drugs…